Rolling down Cazita’s driveway at the start of a ride it is common to wear a smile in anticipation of what’s ahead. It also common to wear some arm warmers, or at least carry some layers in reserve, for the fog or cool coastal breezes. October, however, is peak cycling season on the Sonoma Coast. July’s foggy winter-like rides are in the past as clear skies and warm temperatures prevail.

Today we roll out wearing short sleeves and don’t even bother to drop another layer in our handlebar bags. It’s early and still cool but the challenging climb up Fort Ross Rd. to Sea View leaves us drenched. There’s time to dry off during the pause to take in the spectacular view down the coast from the top of Meyers Grade.

The views never get old so at the bottom we make a short diversion northbound on Hwy 1. This stretch has some modest climbs but the feeling of being out of breath comes more from the breathtaking views than the effort. The occasional pullouts are welcome spots not just for regaining your breath, but also for contemplating the vastness of it all. The rocky coastline unfurls north and south and to the west the Pacific bumps up against a horizon that seems to mark the beginning of infinity. The sense of being on the edge of a continent, as well as the edge of time, is felt deep in your bones.

Descending from these lofty heights, time and space collide in the mess of reality as we encounter a backup of traffic where law enforcement are clearing an area for a helicopter to land. A motorcyclist has crashed and will be life-flighted out, a reminder to ride cautiously when on the sinewy brink of a continent.

We’re midway between Shell Beach and Wright’s Beach, right at the trailhead to Furlong Gulch. There might be better places to be waylaid, but they’d be hard to find. Watching waves pound rock outcroppings from Genesis Point drops us back into a meditative space broken only by the helicopter’s arrival. Soon the traffic clears and it’s time to get rolling. The climb up Coleman Valley Road looms.

On a foggy day there’s little reward for making your way up the short but steep climb. But today is warm and the air still, reminders that the offshore breeze only reaches so far inland. A few miles of rollers across the plateau are followed by a gentle bump before dropping down into Coleman Valley. The quiet and isolation are striking compared to the buzz of activity along the coast.

A choice lies ahead: proceed to Occidental and end the ride with a smooth descent down Bohemian Highway or divert onto Willow Springs for an unpaved descent and maybe a little singletrack? The bikes, what some might call “gravel bikes,” make the decision for us. Their name is unfortunate since what defines these bikes is the freedom and confidence they give you to explore the road less taken. Wider tires provide us comfort over Willow Creek’s rough pavement and traction when the broken pavement turns to dirt.

The climb of Upper Old Barn Trail, the final challenge of the day, also delivers a final reward: A view into the valley below where the Russian River gives itself up to the expanse of the Pacific. We descend a short way down Islands in the Sky Vista Loop before Freezeout Flat Rd. delivers us back to pavement and a predictable tailwind for the final mile up River Rd. The climb of the driveway back up to Cazita always stings at the end of a ride, but it also dependably produces deep breaths that serve as reminders to reflect on the nature of a ride, the closing of a circle, and the opening of another.

To learn more about this route and other options get in touch. 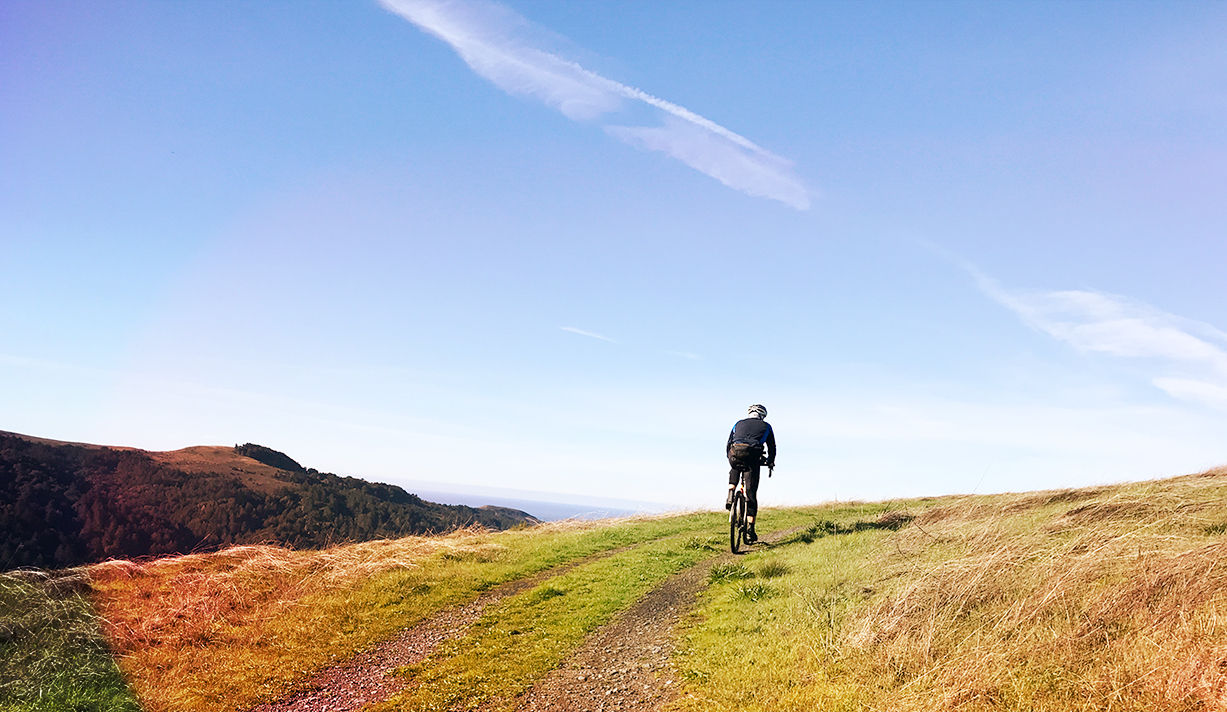